The Flash-Ball® is a new less-lethal handgun developed by the French arms manufacturer Verney-Carron (St Etienne, France). Since 1995, it has been used by several special units of the French Police (GIPN Groupe d’Intervention de la Police Nationale, BAC Brigade Anti Criminalité and RAID Recherche Assistance Intervention Dissuation, all of whom are SWAT equivalents) and by other law enforcement and police forces. Its efficacy is based on a dissuasive look and its detonation, as well as the resulting impact which is equivalent to a technical knockout (KO). It is alleged that there is no skin penetration through clothes, even in the case of a close-range shot. Indeed, the kinetic energy of the rubber ball is deployed on impact to a large cross-sectional surface (35 cm2); it crushes the target rather than perforating it as is done by classically fired bullets.9 However, the relative low risk of this weapon may be questioned in real life.

The Emergency Department of our University Hospital (SAMU) received an emergency call in response to a gun attack on a bus driver. At that time, the patient was conscious and complaining of a headache and vomiting. Upon arrival at the scene, the paramedics of the Emergency Fire Brigade Service identified an injury to the right side of the patient's face sustained by a Flash-Ball® gun. The Glasgow Coma Scale score was 15 after a short loss of consciousness. Blood pressure was 149/99 mmHg, heart rate was 72 beats/min and respiratory rate was 22/min. Pain was scored 10 on a numeric scale ranging from 0 to 10. After a peripheral intravenous (iv) placement, an iv injection of morphine (5 mg) and paracetamol (1 g) was performed. An oedema of the eyelid and a bloody wound at the location of the right eye without apparent cerebral substance were also noted. Upon arrival at the hospital, the patient remained alert, calm and responsive, normotensive and normoxic but pain was scored at 8. The eye was not seen behind the eyelid but has been replaced by an orbital foreign body. A bilateral epistaxis was stopped spontaneously. Clinical neurologic exam was normal. The head and face computed tomography (CT) scan revealed a spherical foreign body and no eye in the right orbit, pneumoencephalus and multiple fractures: orbital roof and floor, medial orbital wall, ethmoid cells, frontal and maxillary haemosinus and fat hernia (Fig. 1, Fig. 2 and Fig. 3). 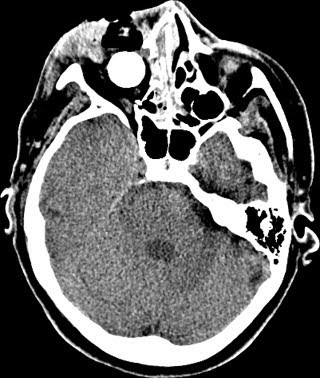 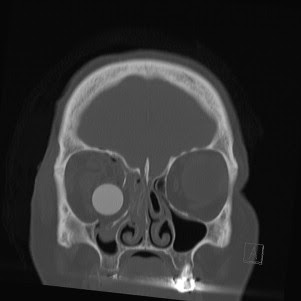 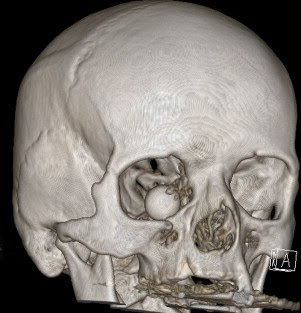 Fig. 3. 3D reconstruction of the skull. The 44 mm rubber ball of the Flash Ball® is impacted in the right orbit.

After the emergency department evaluation and the advice of specialised surgeons, the patient was moved to the operating room. A surgical exploration of the right side of the face under general anaesthesia revealed a wound with loss of the internal half of the inferior eyelid, a rupture of the canthal tendon and inferior lachrymal duct, a conjunctival wound of the superior eyelid with loss of tissue exposing the levator muscle. A fracture of the upper jaw bone, a fracture with loss of bone of the orbital floor, a lesion of the infra orbital nerve, a ruptured ocular globe with burst contents, and a powder tattoo at the periorbital site, on the cheek and on the superior lip were also noted. The patient was operated on simultaneously by a maxillofacial surgeon and an ophthalmologist and the ocular globe was reconstructed with sutures of the ocular muscles. The patient was discharged home on post-injury day 7 and scheduled for delayed ophthalmic surgery (ocular prosthesis). The patient returned for subsequent visits and local care with her ophthalmologist during the ensuing months.

DiscussionLess-lethal technologies are developed to incapacitate and neutralise dangerous, aggressive or violent individuals or groups in civil or war contexts without inducing lethal or serious injuries. The legal weapons are used by law enforcement agencies and police forces in many countries including France. They are also advocated for self-defence. These reduced wounding weapons are numerous according to the type of guns and projectiles available: rubber or plastic bullets,[16] and [24] Flash Ball®,8 bean bag (synthetic bag filled with lead pellets),4 the electroshock weapon Taser® (Thomas A. Swift's Electric Rifle) delivering a shock of high voltage and low intensity.7 The low morbidity/mortality of these weapons are questioned by several publications reporting the field realities.[3], [4], [6], [10], [11], [14], [15], [16], [17], [18], [19], [20], [22], [23] and [25] Even when used in optimal conditions, these weapons represent a potential risk of severe injuries.
The first less-lethal impact weapon utilisation was reported in civil riots in Hong Kong during the 1950s and 1960s with severe casualties. The ammunition was wooden baton rounds (universally referred to as wooden bullets).23 In Northern Ireland, 14 deaths (of which seven victims were below 15 years of age) were attributed to plastic bullets hitting heads, faces and necks during widespread rioting.24 Life threatening and serious injuries are linked to the velocity and resulting impact of the projectiles on vulnerable areas of the body.2
Deaths occurring after Taser® use are also reported, leading to a call for review of its use.12 Few reports, however, are available on injuries caused by the Flash Ball®. The Flash Ball® gun is available in two versions: the super-pro version features vertically stacked barrels and is made from metal alloys (Fig. 4) while the compact version is made from lighter composite materials with the twin barrels side by side. 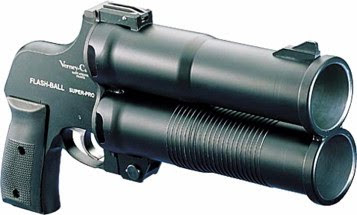 Fig. 4. The super-pro version of the Flash Ball® from the web site http://www.flash-ball.com/pages-fr/i_fb_tech.htm.

Both versions of the weapon can be used to fire a variety of ammunition. A soft 44 mm rubber ball is the most common type. Its stopping power of 200 J at 2.5 m is equivalent to that of a 38 special and achieves the same effect as an uppercut of a champion boxer.9 The other types of ammunition include soft rubber buck-shots, a dye ball containing oil and non-toxic yellow-dye, and a tear powder ball. In France, sale and use of the Flash Ball® is controlled by law statements1 and the Flash Ball® is not considered as a war arm. The super-pro version is classified in the 4th category (licence for acquisition and holding of defensive fire arms with ammunition) whereas the compact version is classified in the 7th category (arms and ammunition for shooting-gallery, fair or show-room). The few data on ballistics and instructions for use are only available from the manufacturer.9 An approximation of the ballistic characteristics of the Flash Ball® may be assessed by a study of a similar weapon (function, rubber ball and energy on impact), the MR35 developed by Manuhrin (Mulhouse, France).[21] and [26] Close-range shots may result in severe wound injuries due to the potential penetration of the projectile. No strict guidelines are given for optimal safety use, i.e. avoid shooting the weaker, more vulnerable parts of the body such as the head, face and neck; and the strict compliance with minimum firing range. On their website, the manufacturers indicate “by virtue of projectiles studied to avoid, even at extremely short distances, penetrating a normally clothed person, the Flash Ball® provokes on impact the equivalent of a technical KO”.9 Nevertheless, injuries by Flash Ball® are reported. In a case report published recently,26 the authors reported a case of a patient neutralised by a police officer. The patient was shot once in the chest from a distance of approximately 2 m. Upon admission to the emergency department, examination revealed a large contusion with crepitation on the lower anterior chest and the xiphoid. A CT scan of the chest identified a pulmonary contusion. Troponin I level was elevated but Ecg remained normal. The patient was discharged the next day.
Lavy and Asleh reported a series of 42 patients admitted at the St John Eye Hospital of Jerusalem during the Second Intifada for ocular and orbital rubber bullet injuries.13 The improved rubber bullets (IRB) were flat-ended rubber-coated metal cylinders. The types of injuries were laceration of skin lids (54%), hyphaema (40%), ruptured globe (38%), orbital fracture (38%) and retinal damage (26%). Rubber bullets remained lodged in or around orbits in nine out of the 42 patients. Over half (53%) of the patients were left with visual acuity worse than 6/60 and almost a third (29%) had no perception of light in the injured eye.
A death from a suicidal shot in the mouth with a rubber shot shell was also published, underlying the danger of the so-called non-lethal weapons when the recommended minimum firing distance is not observed.5 The close-range of the contact shot observed in our case report explains the severity of the injury.

Even if the penetrating power of the less-lethal weapons seems to be limited, the impact may produce distant and severe injury. Skin penetration may be observed due to the high-energy impact delivered by a short-range shot with resultant severe or lethal injuries. Our report emphasises the real potential of the less-lethal weapons (i.e. the Flash Ball®) for causing casualties. They are not to be fired at the head and if the globe is hit, it is rarely salvageable. Strict compliance with clear guidelines is therefore essential when using them. 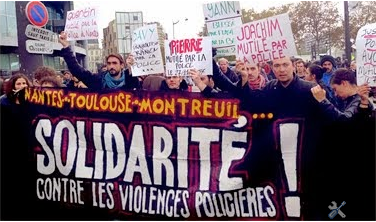